The Social Action Committee will be hosting a dinner at The Palms , a housing complex for Veterans and Catholic Charities clients on Wednesday, April,25th. The dinner will be served at 4:30. We will be serving chili, salad, bread, desserts. This is our second dinner, the first one was well received. We served around 70 .
If you are interested in doing a mitzvah for the men and women living at The Palms, please contact either Judy Gunnar, administrator at Beth Ami 360-3000 or Lyla Nathan. 526-7438. We would love your help or participation in any way that you can. Thanks so much. SAC. 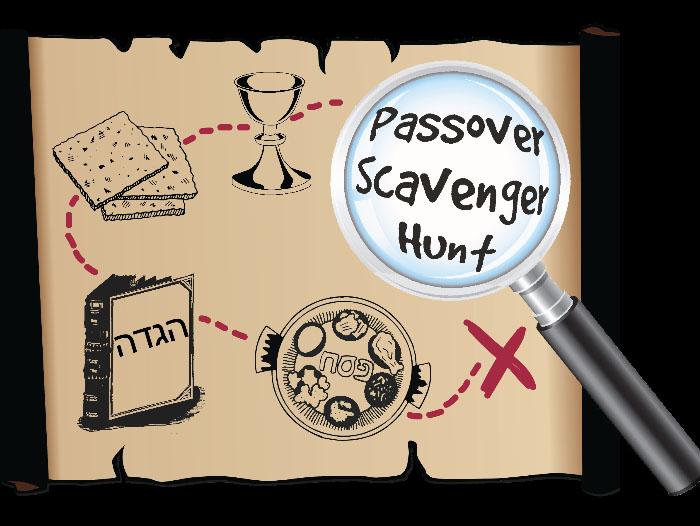 Come join us for an afternoon of Pre-Passover family fun as we explore Passover foods and symbols around Oliver’s Market! There will be a PJ Library story, music, snacks, and chance to win our raffle gift basket!

Meet and greet at the tables, outside the market, at 12:45. Storytelling at 1:00 pm. Scavenger hunt through the market at 1:30. Snacks and drawing to follow.

Rosh Chodesh Nisan: March 18 Women’s Gathering: All Jewish women are invited to a dairy/pareve potluck brunch on Sunday, March 18 at 11am at Congregation Beth Ami. We’ll learn about the new month on Nisan, talk about the upcoming big holiday of Pesach, share some traditions, and enjoy our ritual songs. Please join us! Questions? Contact Patty Bernstein at basberyl@sonic.net

Our next Rosh Chodesh gathering will be on Friday, February 16 at 6:30pm at Beth Ami when we will participate in the Kabbalat Shabbat service by “usurping” Rabbi’s D’Var Torah. We can recite a poem (https://ritualwell.org/ritual/kavannah-women-rosh-hodesh … and have several women read the various stanzas), sing our song (and share song sheets with congregants), and learn about the “Essence of Adar” from the Ritual Well website (link attached: https://ritualwell.org/ritual/essence-adar-i).
If you’d like to participate, please let me know and I’ll put your name in the mix.
Save the dates:
Sunday, March 18: Nissan – 11am Dairy Potluck Brunch at Beth Ami (theme: Passover)
Monday, April 16: Iyyar – 7pm Israel theme (Do you have ideas for this? Please let me know.)
B’shalom, PattyB

All Jewish women are invited to welcome the new month of Shevat at Congregation Beth Ami at 7pm on Wednesday, January 17. We’ll begin the evening with snacks and rituals, then move to a very special activity: Guided Imagery through which you can release old vows or beliefs that hold you back.

Michele Baime will lead us in a session she’s titled “Explore a Path to Freedom from Deep Rooted Issues and Allow Yourself to Blossom” to allow you to silently let go of whatever issue you choose to address. When we reach deep into the root of an issue and release the blocks that keep us from moving forward, we can open our hearts and souls, allowing our entire being to blossom.

This is very special and personal work. It is a process that will be done in silence. You will not be asked to share your personal process. There will be time allowed for anyone who has questions or does wish to share their experience.

Michele Baime is a trained Journey Method Practitioner who has been assisting people in their personal healing process for over 16 years. She has been facilitating guided imagery sessions for the past 9 years.

Please bring a dairy or pareve snack or beverage to share … and join us for this special evening.

Is anyone driving from Oakmont? One or more of our group could use a ride. Thanks.

Help those Jewish organizations on the front line, our first responders, putting out the fires of intolerance and hatred. Join Congregation Beth Ami to welcome speakers sharing with us their contributions to fighting the New anti-Semitism.  We have already scheduled two organizations to share with us how they are fighting for us.  Save these dates on Sundays at 2:00 pm, March 11 with Stand with Us, March 25 with JIMENA, April 8 with ADL, and May 13 with Amcha Initiative.  We also expect to bring in speakers from CAMERA on May 27. The Social Action Committee is a co sponsor of the Social Action film series at Shomrei Torah. This year the theme is Democracy is NOT a Spectator Sport. We encourage everyone to support the series. The films and panel discussions are always pertinent and very informative.

The Bail Trap: American Ransom will screen on Saturday, Feb. 24 at 7 pm at Congregation Shomrei Torah, 2600 Bennett Valley Road, Santa Rosa.  There will be a panel discussion following the film, and an opportunity to  learn about relevant pending legislation in CA, SB 10, the California Money Bail Reform Act. The program is open to the public and free (donations appreciated). This is the second film in the 2018 Social Action Goes to the Movies series. This year’s theme is Democracy is NOT a Spectator Sport. Public response to the first film program was very enthusiastic and parking is limited, so we encourage carpools.

Please refer to Series 2018 flyer for details. All events will be at 7 pm at Congregation Shomrei Torah, 2600 Bennett Valley Road, Santa Rosa. Free and open to the public.

February 24 “The Bail Trap” The inability to pay bail is one of the main causes of America’s mass incarceration system yet something most Americans know little about. The money bail system is broken: private companies achieve exorbitant profits by exploiting people (primarily of color) in poor communities. Many low-income Americans sit in jails for days, months, and even years, accused, but not convicted of minor misdemeanors, simply because they can’t afford to pay excessively high bail. Find out about the devastation caused by money bail and how we can fix the system.

March 17 “Fix It” This documentary reaches across the political and ideological divide to look at how our dysfunctional health care system damages our economy, suffocates businesses, discourages physicians, and negatively impacts the nation’s health, while remaining unaffordible for a third of our citizens. Learn about the advantages and challenges of a single payer health care system and how California can lead the nation by creating one.

Classes left in this session:

NEW INFO FOR AFTER FEBRUARY:
Use barcode to register.
Israeli Folk Dance – 86522

Link to this page  https://econnect.ci.santa-rosa.ca.us/Activities/ActivitiesAdvSearch.asp#top

Description:
Increase your fitness level, gain confidence and coordination, and expand your social circle with a fun dance class! We offer a variety of dance classes that may include Bollywood, or Flamenco. For Bellydance, see ‘Belly Dance’. For Zumba, see Aerobics/Fitness.

It is time to register for a new session, Dec 13 to Feb 21. The cost is $17 for residents, $27 for non-residents. There are six classes. You can come to class and register later, it’s okay. If you need to pay on a drop-in basis you can let me know, there are some ways we can deal with a small amount of that.

Please note that they have moved us to the big auditorium room at the end of the hall because there is another group in room 3.

To register:
The barcode number for the class is 84531 , which is found in the pdf catalog on page 29:  https://srcity.org/DocumentCenter/View/16484
The general web page for activities is https://srcity.org/1194/Browse-the-Activity-Guide and that pagehas a link to the
most important part:
online registration system  https://econnect.ci.santa-rosa.ca.us/Start/start.asp where you enter the barcode 84531 which takes you to a page with a ADD button that puts the class in your shopping cart.

Also, the second Saturday San Francisco Israeli dance is on December 9. I’ll be sending out a carpooling email. If you are not on the carpooling email list and want to be, please let me know.