Webtalks by professionals – July 20 to August 2 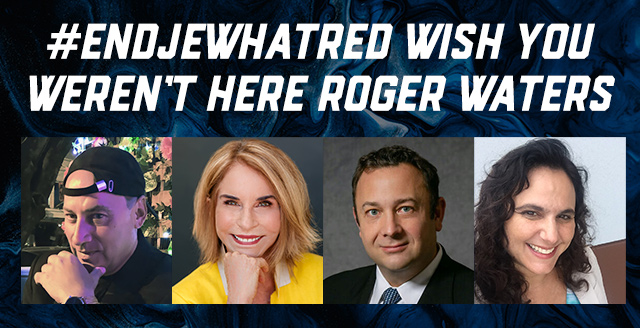 Register to view for free the highly acclaimed documentary, Wish You Weren’t Here: The Dark Side of Roger Waters, available July 17-21, 2022, and then join us on July 20th for a webinar with: the director, Ian Halperin; entertainment lawyer and author Lana Melman; The Lawfare Project’s Gerard Filitti; and Cheryl Dorchinsky of Atlanta Israel Coalition and #endjewhatred.

The Mandate for Palestine was adopted by the Council of the League of Nations (the forerunner of today’s United Nations) in London on 24 July 1922. It mandated the British Government to put into effect the Balfour Declaration of 2 November 1917.

The Mandate explicitly recognised the historical connection of the Jewish people with Palestine and the grounds for reconstituting their national home in that territory. It transformed the unilateral declaration of the British government into an instrument of international law and provided the legal basis for Britain’s administration of Western Palestine until 1948. Its impact on the development of the Jewish national home into the modern State of Israel cannot be denied, and the rights and obligations set out in its provisions arguably remain relevant today.

The main speaker at our special webinar marking this important centenary is Professor Steven Zipperstein, a leading expert on the legal history of the British Mandate. His previous webinars for UKLFI Charitable Trust have received outstanding reviews from our audience.

The President of the State of Israel will introduce the webinar.

Conversations on Zionism:
Reclaiming the Narrative: Stand Up and Fight Back

As the son of Soviet Refuseniks, Alex Ryvchin learned that a lie repeated often enough becomes the truth and felt he had no choice but to stand up and fight back – which is the advice he offers to all. In his latest book, “Zionism: The Concise History,” he speaks about the true beauty of the Zionism movement, how inconsequential moments were woven together to corrupt that beauty, and how it’s time for all to stand up and fight back!
Featuring: Alex Ryvchin Co-CEO of the Executive Council of Australian Jewry and Author
Russell F. Robinson Chief Executive Officer, Jewish National Fund-USA